Bangkok boasts hundreds of things to see and do but somewhere near the top of the list has to be the Grand Palace. This huge, spread-out complex of buildings and temples is a fine example of Thai tradition, beauty, and fine architecture. The Grand Palace was built in 1782, commissioned by King Rama I, and it is famous for housing the Jade Buddha. But that’s not all the Bangkok Grand Palace has to offer. Check out this interesting Thai destination with our guide to what to see, and how to visit.

The entrance fee to get into the Grand Palace may be a little more expensive than the fee for other Bangkok tourist attractions, but we think it is well worth it (it was around 500 baht when we last checked). You get to experience a valuable piece of Thai history and culture, and the photo opportunities are fantastic. The Grand Palace complex is open between 8.30am and 3.30pm every day. It is best if you get there as early as possible because not only do you beat some of the crowds but it is slightly cooler and more comfortable to walk around. You can pay for an audio guide in a range of different languages.

Wat Phra Kaeo – the Temple of the Emerald Buddha

If you only see one thing at the Grand Palace (and surely you will not want to see only one thing, but that’s another story) then make it the Temple of the Emerald Buddha. The entrance to this temple is watched over by two demons, which were gifts from Chinese traders. After the demons you will see walls covered with murals which tell the story of Ramakien. The chedi inside the temple is reputed to contain a hair or a bone of the Buddha.

The Emerald or Jade Buddha is small but perfectly formed. It is set within a nine-tier shelter and it was first discovered in Chiang Rai, north Thailand. The statue was not always so resplendent – it was covered in a layer of plaster when it was first brought to light. This plaster layer was accidently damaged when the statue was being transported – a stroke of luck as the emerald figure was revealed beneath the layers. The King of Thailand changes the robes on the Buddha three times a year – a mark of the changing seasons.

Phra Mondhop is a building housing the sacred scriptures of the Tripitaka . The floor of this building is made from silver and the scriptures are set on a bookcase that has been decorated with mother-of-pearl. The outside of the building is covered with glass mosaic pieces, making it an attractive aspect of the Grand Palace complex.

This building is the location for one of the most valuable and oldest treasures in the complex – an ancient throne for Ramkhamhaeng, who founded Thailand in the 13th century.

You cannot normally enter into this building, which is also called the Pantheon. It is open on one day of the year only – April 6th. The building contains statues of the first kings of the Thai Chakri dynasty. The first eight kings are displayed here.

You enter into the Grand Palace through the “Gate of Wonderful Victory” – Wiseedtschairi Gate. The ticket office is at the beginning of the road to the palace. When you buy an admission ticket you gain entrance to Wat Phra Kaeo (the Emerald Buddha Temple), The Royal Thai Decorations & Coins Pavilion, the Vimanmek Mansion Museum and the Queen Sirikit Museum of Textiles.

Dress Code for the Grand Palace

It is particularly important to dress appropriately if you want to gain entrance to the Grand Palace. Women should dress modestly to show respect, covering the shoulders and most of the leg – wear pants or a long skirt, plus a T-shirt or shirt to make sure you are covered correctly. Men can wear long pants and a T-shirt. You will not be allowed in wearing flip flops, any form of see-through clothing, or baggy pants and sweats.

Because the Grand Palace is such an important tourist attraction it unfortunately attracts many people wanting to take advantage of tourists. Take no notice of someone telling you that the Grand Palace is closed, and that they have somewhere else they will take you instead. Keep walking and ask the guards at the Palace if you have any doubts. Only buy your admission tickets from the official office – touts on the street selling tickets are not genuine.

Check out more about Bangkok on PhuketOn. For more details about accommodation, restaurants, and attractions in Phuket, Bangkok and Hua Hin, take a look at PhuketOn. 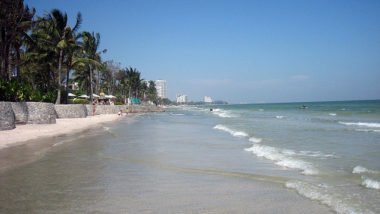 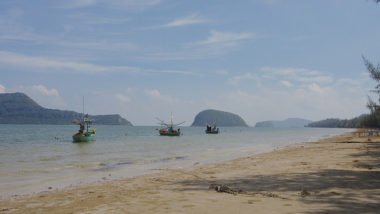 All You Need to Know About Hua Hin

16+ Best Places On Phi Phi Island You Need To Know