Laos is not the best-known country in Southeast Asia but perhaps it deserves to be. Whether you want world-class trekking, stunning natural scenery, adventure, beaches, or culture, there is always a best time to visit Laos. But are there any particularly good months to travel to Laos? What’s the weather like in the summer in Laos? Is the winter a good time to visit Laos? 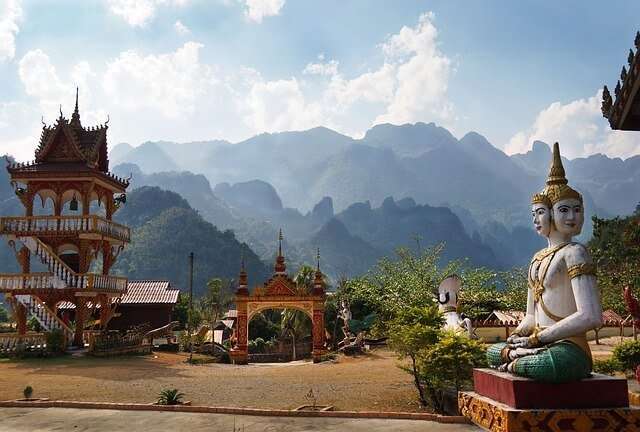 For all the info on where to go in Laos and when to go, check out this blog post. It’s full of Laos tips to help you plan your trip to this fascinating country.

If you travel to Laos in January you can expect dry weather, on the whole, with the temperatures set at a comfortable level. There will be the chance that you feel cold in the evenings as you get to the north of the country, but take layers and you will not suffer. This month is a good one for exploring the Mekong River as the waters are high.

As the month progresses, the temperatures remain comfortable and the weather remains dry. The river levels remain high, and it can still be cold up north – much the same as the picture in January.

This is also part of the dry season in Laos but the temperature is rising in March and it can reach up to 30 degrees C, with cooler temperatures in the mountains of the north. It is a good idea to head to higher altitudes in this month since it can get very hot in the lowlands. You can still travel by river although the water levels are falling a little in March. The religious festival Boun Pha Vet is held in March and is celebrated across the country.

April sees the end of the dry season, and as such, there is the small possibility of some rain appearing towards the end of April. The water levels in the rivers are now at their lowest, which means that traveling by river could be tricky. Temperatures reach their highest, so trekking in the lowlands can be uncomfortable. Lao New Year is held in April and this is a good chance to celebrate with local people all over the country. 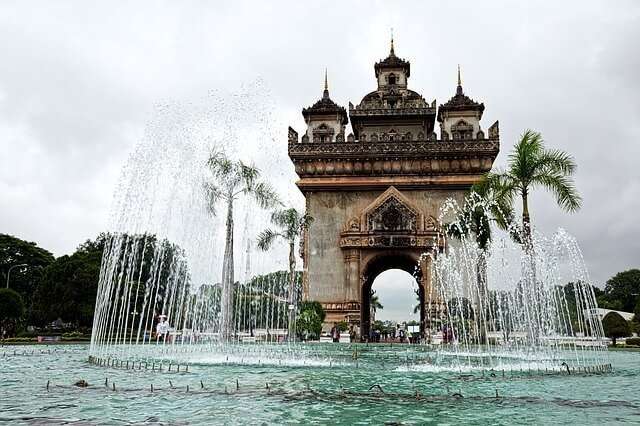 While you may get some dry weather at the beginning of the month, rain is coming and by the end of the month will certainly have arrived. It’s hot and humid. There is also the Rocket Festival, which is celebrated in May or June, which calls for lots of fireworks to call for rain.

This is the rainy season, so you will encounter showers as the rain comes to the whole of the country starting in the south. The showers are generally short and in the north, there is less rain.

Going to Laos in July

The temperatures remain high during July and this is a full-on rainy season, but temperatures do tend to drop a little in the south. There is a great deal of lovely greenery around as the rain helps the foliage grow, and the waterfalls look great.

This is the month of peak rainfall and after this, it starts to ease off. River levels begin to rise and the rain really covers the whole of the country, while showers get a bit longer. Temperatures fall across the country.

It’s still rainy in September but that doesn’t mean you can’t travel to Laos in this month. Just be prepared for the rain in among the sunshine. If you are looking for the best scenery this is one of the best months, because the waterfalls are full and the greenery is intense.

Rainfall starts to slide away from a little, and the country still looks leafy and beautiful.

November is a great month to visit as the river levels are high but the rainfall has disappeared mostly across the country. The temperature will most likely to be warm and comfortable, and the scenery will still look splendid.

When is the Best Time to Visit Laos?

So, to sum up, possibly the best time to visit this country is between the months of October and April. During this time you can expect dry weather, and the weather is normally warm. If, however, you are most interested in seeing the country from its many waterways, it is a good idea to visit during November, December or January. The Mekong River is high at this time and you’ll not experience any problems traveling along it.

During May through to October, you will experience the so-called “Green Season” in Laos. This is when the weather is more showery and wet, although showers are generally confined to the afternoons and are short in duration.

Check out PhuketOn for the best time to visit Laos and other Asian countries. PhuketOn is your location for Asian travel tips and news. 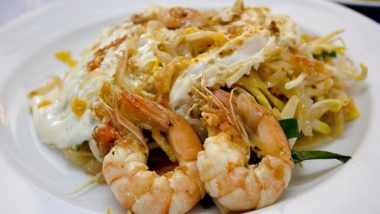 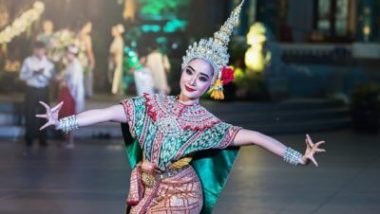 Your Quick And Easy Travel Guide to Manila

Your Free Guide to Exploring Cambodia

10 Things To Do in Sapa Vietnam

8 Top Tips for Travel in Phuket

13 of the Best Places to Eat in Hua Hin Thailand

11 of the Best Hot Springs in Japan

15 Of The Best National Parks Road Trip In South Korea

How to Go Trekking in Thailand

14 of the Most Beautiful Places to Visit in the Philippines

12 Of The Best Thai Dishes You Must Try

11 of the Best Beaches in Cambodia

13 Of The Best Beaches In Thailand

The Most Beautiful Places to Travel in Vietnam

How to Travel Japan on a Budget

Where to Go in Thailand in May

11 of the Best Places to Eat in Chiang Mai, Thailand

11 Amazing Things to Do in Siem Reap

Where are the Best Beaches in Japan?

9 of the Best Beaches in the Philippines

10 Most Beautiful Places in Cambodia

Top 12 Things to Do in Ho Chi Minh City, Vietnam

What to Pack for Laos Travel

Quick Guide to the Weather and Climate in South Korea