The Best Places to Visit in Phnom Penh

The big, bustling and beautiful capital of Cambodia, Phnom Penh, is a must-visit location in Asia. Sprawling across a large expanse of land beside the Mekong River and the Tonle Sap, this vibrant city offers plenty to see and do. The center of the city is characterized by wide boulevards and imposing national buildings, connected by winding alleys that take you to the heart of the capital.

Phnom Penh is one of the best places to visit in Cambodia, and it is a good stop for anyone traveling onto the iconic site of Angkor Wat at Siem Reap. It also makes an interesting destination in its own right, with the Royal Palace top of the list of attractions, followed by the National Museum of Angkor, as well as the more sobering sites at the killing fields of Choeung Ek and the prison S-21 (Tuol Sleng). And among the attractions in Phnom Penh are river cruises, eating in neighborhood restaurants, and simply soaking up the atmosphere in the alleyways and small shops that are dotted around the capital.

Here are some suggestions for Phnom Penh attractions you just cannot miss: 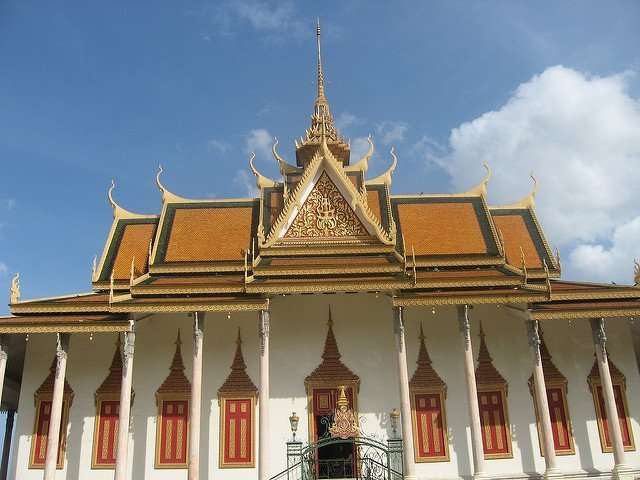 The Royal Palace is the first highlight of a Phnom Penh tour. This beautiful building has been the residence of the Cambodia royal family for centuries. The palace is designed in the classic Khmer style, and it is surrounded by landscaped gardens. You can visit the Throne Hall and the Silver Pagoda as well as look at the palace from outside. The Silver Pagoda houses the Emerald Buddha and there is also a diamond-studded Buddha figure on display. There are many other treasures inside the Royal Palace including a beautiful ceiling mural that is based on the epic poem from Cambodia, the Reamker.

The Cambodia National Museum is within a traditional Khmer structure and houses a wide range of art from all eras of Cambodia’s history, including the Angkorian Collection. This includes statues excavated from the ancient temple complex at Angkor Wat as well as artifacts from the Funan and Chenla periods in Cambodia. 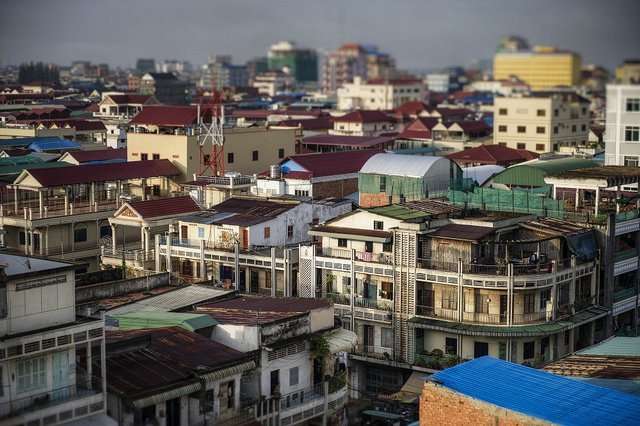 Also known as the Killing Fields, Choeung Ek is a site that sheds light on the brutal and horrendous history of the country in the Khmer Rouge era. This site is a sobering reminder of what passed in the four years between 1975 and 1979 when millions of Cambodians died or were killed by the regime. It is a vital place to visit if you want to gain any sort of understanding of Cambodia’s troubled past.

Tuol Sleng Museum is another sobering site which helps you to understand the regime in the 1970s. This is the site of the Security Prison S-21, which housed over 17,000 people in the four years of the Khmer Rouge reign. There are extensive records on display and the cells are preserved as they were, making it a haunting place to visit.

If you want to see the city in style, at a leisurely pace, you can take a river trip along the Mekong River and the Tonle Sap River. There are many different boats that depart from the riverfront for sunset cruises, some of the serving meals and providing entertainment. Or you can hire your own boat for traveling along the river at any time of the day. You’ll see plenty of the riverside life from the comfort of a boat.

Wat Phnom is an important temple in Phnom Penh and there has been a building on this site since the 14th Century. The main temple on the site today dates from 1926 and it is an important site for local people to leave offerings and to pray.

One of the most striking and important temples in the whole of the country, Wat Ounalom is the Buddhist headquarters of Cambodia. Much of its artwork was destroyed during the Khmer Rouge regime but there is still a lot to see including some important religious icons.

The Russian Market in Phnom Penh is a lively place to buy anything from souvenirs to clothes. You need to come here in the morning to avoid the intense afternoon heat, and it is a great place to browse and take in some of the vibrant atmospheres.

Psar Thmei is a central market under a domed roof which was built in 1937. This is a market for seeing how everyday life in Cambodia carries on, and you’ll find everything here from vegetables to seafood. There are also plenty of photo opportunities.

Independence Monument was constructed to celebrate independence in Cambodia in 1953. It also now functions as a war memorial and is a short walk from the Wat Botum Park.

For more information on Asia travel, visit PhuketOn. Your stop for inspiration and inspiration on Thailand, Cambodia, and more. 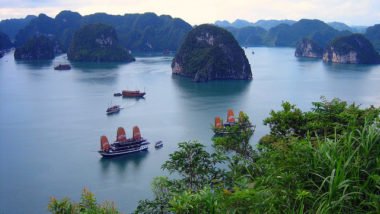 8 of the Best Attractions in Vietnam 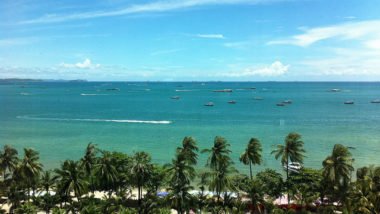 What to Do for Two Days in Pattaya