Great Things to Do In Vientiane, Laos

The sleepy city of Vientiane may appear more like a village than the capital of a nation, but that is part of its unique charm. The subtle French flavors blending with the Asian character of this city make the place distinctive and unforgettable.

Located on a curve in the vast Mekong River, Vientiane is a charming capital city with some lovely temples, historic buildings, and natural sites. Vientiane may not be the most-visited or most-known capital in Asia, but it deserves the most intriguing title. While Vientiane in the 1990s was a sleepy backwater, it has changed in recent decades and now boasts slick new cocktail bars, modern offices, and better roads among its antique charms. While it may be growing, it still retains the sense of peace and tranquility that attracted adventurous travelers for decades. Visit now – before more people find out about this delightful Laos city.

Where to Go in Vientiane 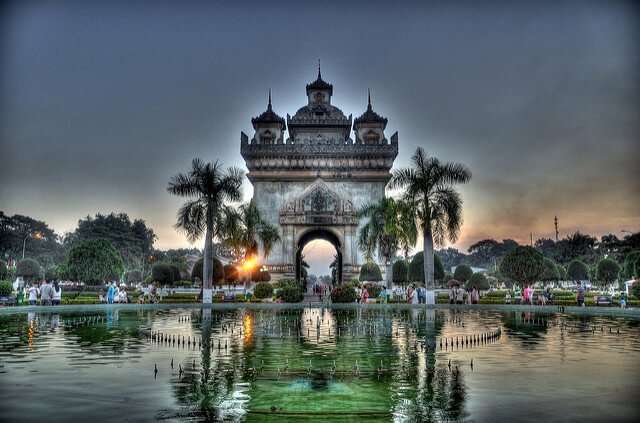 Otherwise known as the Buddha Park, Xieng Khuan is one of the places you need to see in Vientiane. The park has over 200 sculptures in the Buddhist and Hindu traditions, and many are enormous. The statues are modern and were constructed in the 1950s, and they are well worth exploring. One of the sculptures, a giant ball, even has different floors inside it, and you can climb to the top to get a view over the entire park. This is an excellent place to go in the morning before it gets boiling.

The temples in Laos and Vientiane are not the oldest in Asia, thanks to the invasions that destroyed much of the country’s historical artifacts, but they are imposing. You will find them to be richly decorated, with some great detail. There are paintings on the temples illustrating Buddhist tales. You don’t want to miss the temples Wat Si Saket, Wat Ong Tue Mahawihan, and Pha That Luang.

The COPE center is a place in Laos that deals with the dark history of the country. It depicts what happened during the Vietnam War and its effect on the people and the nation. There are still millions of cluster bombs active in the jungle, dropped by fighters during the war. The unexploded devices are causing great misery to people in the country. The museum is an excellent place to visit to find out more, and you can leave a donation to help with the charity’s work.

The night market begins at 5 pm every night, and it is located on the main boulevard in the city. You will immediately find the market when you are heading into the center of Vientiane. In the market, you’ll find plenty of choices in souvenirs, clothes, accessories, and more, including some excellent street food stalls.

The museum may not be the best in the world, but it is a great place to check out the history of Laos. Of course, the historical context is entirely subjective, but it is nevertheless an exciting place to handle its culture and politics. It’s also an excellent place to cool down during the heat of the day.

Or rather, organize the tour yourself. Bikes are cheap to hire, and you can then spend the day or the afternoon heading off into the city and going further afield if you are feeling energetic. Ride along the Mekong, stopping for a coffee, and make sure you stay well hydrated as you ride because this is likely to be hot work! 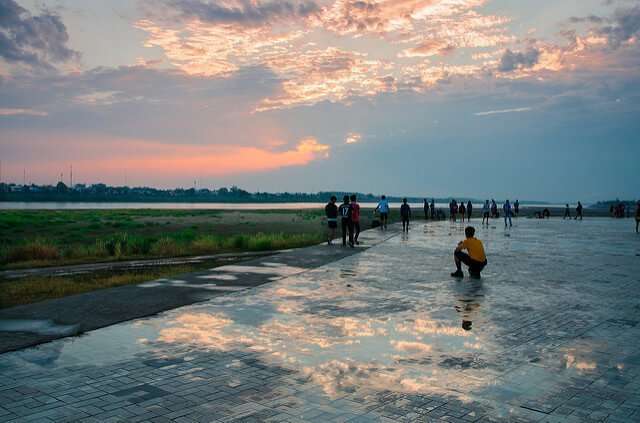 While the temperatures rise rapidly throughout the day, sunset starts to cool down a little, and this is when people come out to take part in their daily exercise routine. Join in with a group aerobics session next to the Mekong River, or go for a jog along the riverside. Simply strolling at this time of the evening is very pleasant, too. 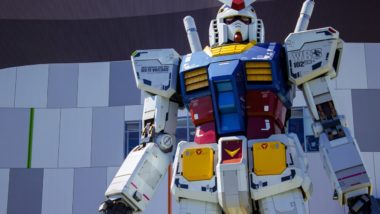 2 Days in Tokyo: What to Do and Where to Go 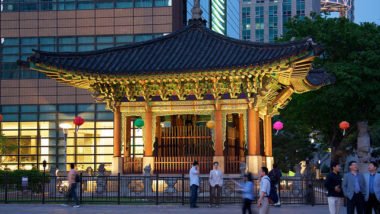 14 Cool Things to Do in Seoul