Phuket is a special place. Thailand’s biggest island, set in the Andaman Sea, is a similar size to Singapore. Phuket is a special place for a vacation for many reasons – the luxury accommodation, the beaches, and the food, to name just a few – but Phuket’s landscape and environment are also something to shout about. Take a closer look at Phuket with our guide to the island’s natural features.

Phuket is a large island, which comes as a surprise to many people who are visiting the place for the first time on vacation. Its size means it is easy to find a remote, peaceful spot even when the main hubs of the islands are packed with tourists. Phuket is a short flight from Bangkok and a quick trip from other destinations in Asia, making it the ideal island for a short break as part of an Asian adventure, or a longer stay.

Phuket is in the Andaman Sea, which is part of the Indian Ocean and it is set off Thailand’s Andaman Coast. This coastline extends from the north at the border with Burma and the Surin Islands, to the southern Malaysian border. From Phuket, you can also access hundreds of smaller islands by taking a boat or kayaking. Many of these islands are tiny and uninhabited; others are so peaceful you’ll feel like you set foot in another world.

Phuket is located outside of the major zone of tropical storms and enjoys a tropical climate that is made more comfortable by cooling breezes from the northeast in the months of November through March. Year-round, the temperature varies between 21-34 ˚C on the island. The temperature of the water is between 26 and 28 ˚C which makes Phuket an excellent place to dive or snorkel, or simply swim in the high season when the waters are calm. In the season between November and April, the weather is usually sunny with cooling breezes and low humidity levels. During the season from May until October, the sea becomes rougher and there is more rain, and also more unpredictable weather.

Phuket is mainly formed of granite and it is a low-lying island with many forests and mountains. The rainforest at Phra Thaeo Park is one of the largest remaining areas of virgin forest on Phuket. The island is also blessed with a collection of white-sand beaches, many of the most popular are on the west coast.

One of the most striking features of Phuket is the set of islands surrounding it – these are formed from dramatic limestone and their shapes are towering and impressive as they rise from the sea. The islands in Phang Nga Bay are particularly spectacular in this way. The limestone cliffs rise steeply from the ocean to form a series of stunning islands – you can tour around the bay in a boat or take a sea kayak to explore the hidden caves and beaches.

The tropical rainforests on Phuket provide many opportunities for trekking and elephant safaris. If you’re interested in the water, the coral reefs that fringe the island offer spectacular diving. Upwards of 100 species of fish call the waters home, and there are over 200 species of coral identified on Phuket’s reefs. Other species of fish pass through the waters on migration routes, including the blue marlin, black marlin, barracuda, and sailfish.

There are also many different sharks that are often spotted in the waters. Turtles also nest on islands near to Phuket. These turtles, including green turtles, leatherbacks, and loggerheads, are protected and endangered species so should be treated with care and respect. In addition to the turtles, there are over 30 different types of sea snakes and crocodiles live in the waters along the southern peninsula of the island.

For more information on the beauty of Phuket, visit PhuketOn. Here you’ll also find information and inspiration about accommodation, restaurants, bars, and attractions. Visit PhuketOn for an in-depth view of Phuket. 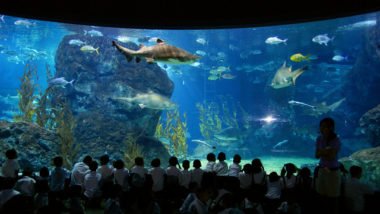 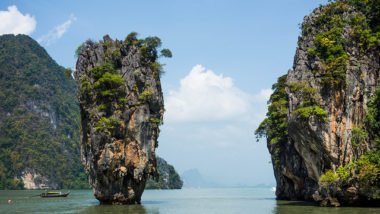