Did You Know? Facts About Phuket

Is it your first time planning a trip to Phuket? Maybe you’ve heard about Phuket and you want some more information. This quick guide to Phuket compiles a few of the most important facts about the island – all you need to know about Phuket in a few simple steps. Once you’ve got a taste of the island, you’ll be eager to find out more. Try these Phuket facts for a starter:

Phuket is an island, something that many people do not realize because of its size. It is the largest island in Thailand and it is actually the same size as Singapore at 539 sq. km. Phuket is on the south west side of Thailand within the Andaman Sea and it is linked to mainland Thailand by the Sarasin Bridge. When you arrive in Phuket you will be spending the Thai baht and most of the population of the island is Buddhist. Plus, make sure you pronounce the name of the island correctly – it is “Poo-ket” and not any other way….

Practically any beach in Phuket is worth visiting. But the nicest stretches of sand are located on Phuket’s west coast and include Patong – the main tourist town and beach – Kata, Karon, and Kamala. In the north of the island are some quiet beaches including Naithon and Maikhao, and the east coast has a few hidden gems although it is very rocky in places.

The original name of the island was Jungceylon and the main town in Phuket was called Thalang before the main town became Phuket Town, then Phuket City. Nowadays most of the island’s income comes from tourism but that wasn’t always the case. In the past, tin mining was the island’s main trade. Today there are other sources of income besides tourism, including pineapples, cashews, fish, and palm oil.

Phuket City is the island’s main town although practically everyone refers to it as Phuket Town. Phuket Town is an attractive place and the main Thalang Road has some beautiful old mansions and wooden shophouses. You’ll also find some fine dining restaurants and historic places like museums and galleries. The next biggest town is Patong, which offers everything for tourists from restaurants and cafes to bars and nightclubs. Many of Phuket’s hotels and resorts are located in Patong, but there are countless other locations across Phuket that are home to luxury resorts.

The most popular temple on the island of Phuket is Wat Chalong. The highest point in Phuket is Radar Hill that looks out over Patong and Chalong. You can also get great views from the top of the hill where the Big Buddha sits, as well as Kao Rang Hill and from the popular Karon Viewpoint. The viewpoint looking south is Promthep Cape.

You can visit Phuket at any time of the year but the high season and the best time to come in terms of climate is between December and March. The temperature in this high season is around 24 degrees C but the temperature soon rises in March and April to over 35 degrees C. At this point, the rainy season arrives in May and continues to October. The rainy season is not off-limits for visiting, however. You will be able to enjoy many rain-free days and you are more likely to be able to get a good deal on a resort or hotel.

Where Do I Go To Party?

The most active place for nightlife in Patong. Here you’ll find so many bars you’ll be spoilt for choice, as well as nightclubs and restaurants. Other resort towns are also popular for nightlife, including Kata Beach and Karon Beach. If you want a less lively style of partying, all of the resorts offer some form of entertainment and have bars where you can watch the sunset with a cocktail.

Any Special Events in Phuket?

Songkran is a popular festival that happens in April, where you get soaked by water being thrown everywhere and you can party all night. The Phuket Vegetarian Festival occurs from the 1st to the 9th in October and Loy Krathong is celebrated in November – this festival involves releasing small boats made of leaves and flowers onto the water. In addition, Chinese New Year is a fun time at the end of January.

Thai food is something special, and Phuket offers a wide selection of the most popular Thai dishes – and some you may not have heard of before. It is generally known that Phuket food is a little hotter and spicier than elsewhere in Thailand, and there are several hot dishes like spicy sour prawn soup and chicken with coconut milk.

For more information about Phuket, take a look at PhuketOn. Find hotels and resorts in Phuket and check out the attraction in Phuket with the help of PhuketOn. 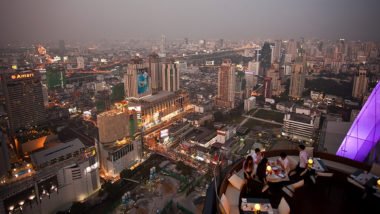 11 of the Best Rooftop Bars in Bangkok 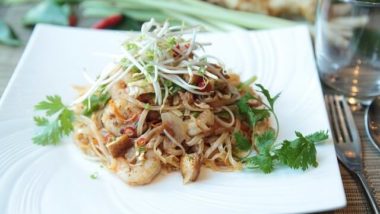 16+ Best Places On Phi Phi Island You Need To Know