8 Things You Never Knew About Bangkok

Bangkok may be a popular place for travelers from all over the world but it still remains shrouded in mystery for many people. Did you know the fact about Bangkok and the longest name in the world? Or that little bit of information about the King? Find out 10 crucial things you just didn’t know about Bangkok on our fun list. Do you have anything quirky or interesting to add

Did you know that Bangkok has the Guinness World Record for the longest place name? OK, you say, Bangkok is hardly a very long word. But Bangkok is just the compact version – the city’s real, ceremonial name is actually much longer. Krung Thep Mahanakhon Amon Rattanakosin Mahinthara Yuthaya Mahadilok Phop Noppharat Ratchathani Burirom Udomratchaniwet Mahasathan Amon Piman Awatan Sathit Sakkathattiya Witsanukam Prasit to be precise. Try fitting that on an airline ticket. If you want to win points in a pub quiz, the name roughly translates to “city of angels, a great city of immortals, the magnificent city of the nine gems, a seat of the king, city of royal palaces, home of gods incarnate, erected by Visvakarman at Indra’s behest.”

Take a walk through the streets of Bangkok and you’ll soon realize that this city is actually the capital of temples. You’ll find a Buddhist temple almost everywhere you turn in Bangkok, which makes this an ideal city for the culturally-curious traveler. The amazing temples range from the humble to the ornate. Try seeing as many as you can when you visit Bangkok. Bangkok is so temple-crazy that all of the temples on the Thai baht coins are actually in Bangkok. You can try to visit them all in one day. It’s possible! On the one baht coin is Wat Phra Kaew (located inside the Grand Palace, the Temple of the Emerald Buddha). On the two-baht coin is Wat Saket. On the five baht coin is Wat Benjamabophit. On the 10 baht coin is Wat Arun (Temple of Dawn).

Did you know that it is actually against the law in Bangkok to leave the house without any underwear? Obviously, underwear is a pretty normal thing to put on before you leave your hotel or house. But did you also know that it is illegal to go bare-chested in a public place? Guys, you have been warned. Also, it is illegal to step on Thai bank notes or coins. Sounds strange, but it is because they carry an image of the King (more on him next.)

4. Everyone in Bangkok Loves this Person

One revered person in Bangkok and Thailand overall is the King. He is adored by pretty much everyone and you’ll see his picture everywhere. If you go to the movies, expect a short clip to be played in tribute to the King before the main event, and it is important to stand in order to pay respect. The National Anthem is also played over the loudspeakers at 8 am and 6 pm in public places. You should stand out of respect at these times, too. It is also illegal to mock or laugh at the King, so be careful not to offend if you do not share a Thai’s views about the monarchy.

5. Bangkok is the World’s Hottest

The World Meteorological Organization says that Bangkok is the world’s hottest city. This doesn’t mean that it is hotter than anywhere else at any time, but that the average temperature is high and a hotter average than anywhere else in the world. It’s certainly hot and sticky here. You’ll notice that pretty much as soon as you step off the plane. But the best time to visit, to avoid a lot of the intense heat and humidity, is between November and February. Always bring water with you when sight-seeing and stay out of the sun in the middle of the day.

Don’t be surprised if you see something unusual in the public restrooms. Thailand is one of the pioneering countries to introduce a third-gendered washroom. The third gender is for transgender men – who are commonly referred to as ladyboys. However, this third gender washroom is rare and you will normally only see the regular two options.

7. Bangkok’s Most Popular Greeting is a New Addition

The greeting sawadee Krhap/Kaa that is generally translated as hello, has not been the most popular way of greeting for long. It was actually introduced into the language in the 1930s. Before this, the most popular greeting was gin kaow leaow ruu yang? which roughly means “Have you eaten yet?”

Known throughout the world as a cure for hangovers, an energy boost, and a general aid for students everywhere, Red Bull actually originated in Thailand. A version of the brand was created in Bangkok by Chaleo Yoovidhya in 1976. At his death, he was reportedly the third richest man in the country.

Looking for more information about Bangkok? Check out PhuketOn – your guide to Bangkok, Phuket, Hua Hin and more. 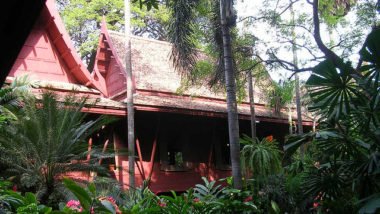 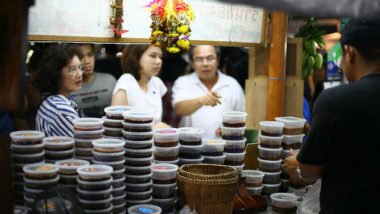